Why is it worth advertising on the radio? 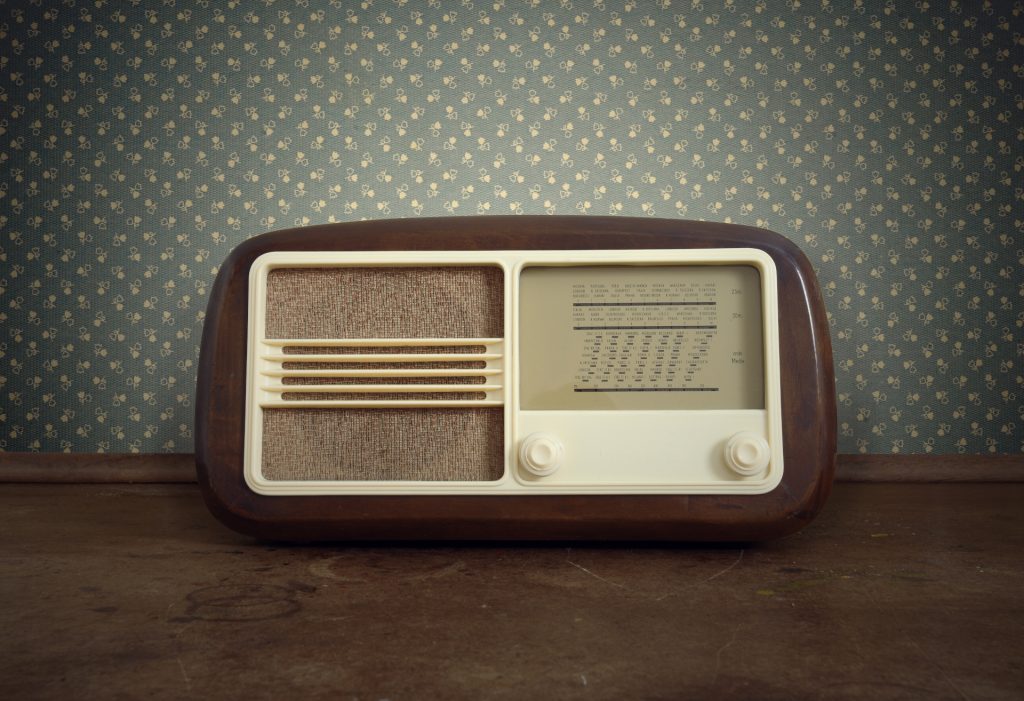 Have you ever wondered why you should have a commercial on the radio?  Well, a radio spot can bring you many benefits, which you most probably can’t have with other types of advertising spots.

A commercial on the radio is an effective way of advertising, because the message broadcast is 100% audio.  A radio spot reaches the consumer based on the voice action of the actor or advertiser who interprets the commercial.  Thus, radio promotion becomes cost-effective, easy to track and distribute, but it also brings a greater impact on the listener.  A price for radio advertising is much lower than for other forms of promotion.  Of course, there are many other reasons why you should use the radio spot as your main advertising campaign, apart from the price of a radio commercial.

1- The radio is a stable environment -The radio has been and is a reliable source of information and is unlikely to disappear in the near future.  In the years 50, it was speculating that the radio would disappear from the media once the TV station appeared.  Over the years, however, radio stations have adapted and even managed to attract a wider audience. A radio spot is received with more attention than a TV commercial. Moreover, many radio stations use social networks and mobile applications to allow listeners quick access to broadcast.  Radio broadcasting is reliable, being a professional method of promoting the products or services provided by your business.

2-Promotion on radio can be adapted according to your audience – a benefit of using the radio advertising spot is that radio stations have access to certain demographic data.  Moreover, depending on the kind of music promoted, a radio station can help you reach those consumers interested in the field in which your business is active. However, the selection of the right radio station requires some knowledge of both existing customers and target demography.  Therefore, in order to receive all the benefits of a radio advertising spot, it is recommended that you use the services of a radio promotion agency.

3- The radio advertising is creative – A radio campaign can be much more attractive than a video advertising spot.  A radio spot can be serious, funny, or extremely attractive.  The secret is to use sound effects that are suitable to create an image for listeners.  And to do this, you will need the voice talent of an interpreter who will bring the radio spot to life.  What’s more, whether you want the radio commercial to attract attention with an interesting song or a funny voice, the radio announcement is a versatile and creative environment that allows for many approaches.

4- The prices of the radio spot are cost-effective, with a radio broadcast price being much more affordable – radio advertising is cheaper compared to TV advertising. Production costs can be extremely high in the case of a television advertising because they require a large team and large distribution to create the right advertising spot. Instead, the radio campaign is based on sound and dialog, which requires a much smaller team.  The price of radio advertising has remained accessible over the years and has not experienced a noticeable increase, as was the case with TV advertising.

5- Radio advertising provides efficient ROI – ROI – Return on Investment – or payback rate, is a method of measuring the results of an advertising campaign.  Thus, many recent studies have shown that a radio spot provides a stable ROI and can become an effective tool in increasing a business sales.  Moreover, in just a few days of the presence on the radio of the advertising spot, changes in consumer interest and sales numbers can be observed.  A price for radio promotion will be easily absorbed due to the speed with which it will increase the return rate of the investment. So if you want to broadcast a radio spot in an efficient and professional way, this method of promotion is the right solution for you.  At AllMedia you find the best offer of radio advertising, along with a professional team with long experience in creating and broadcasting a radio spot.